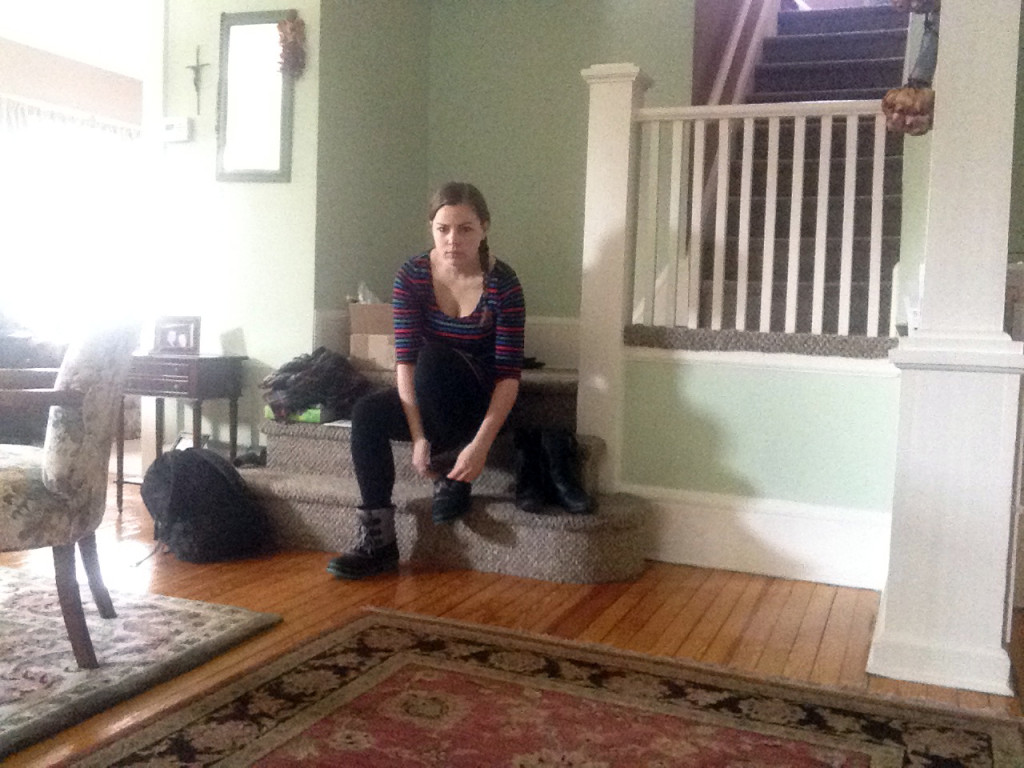 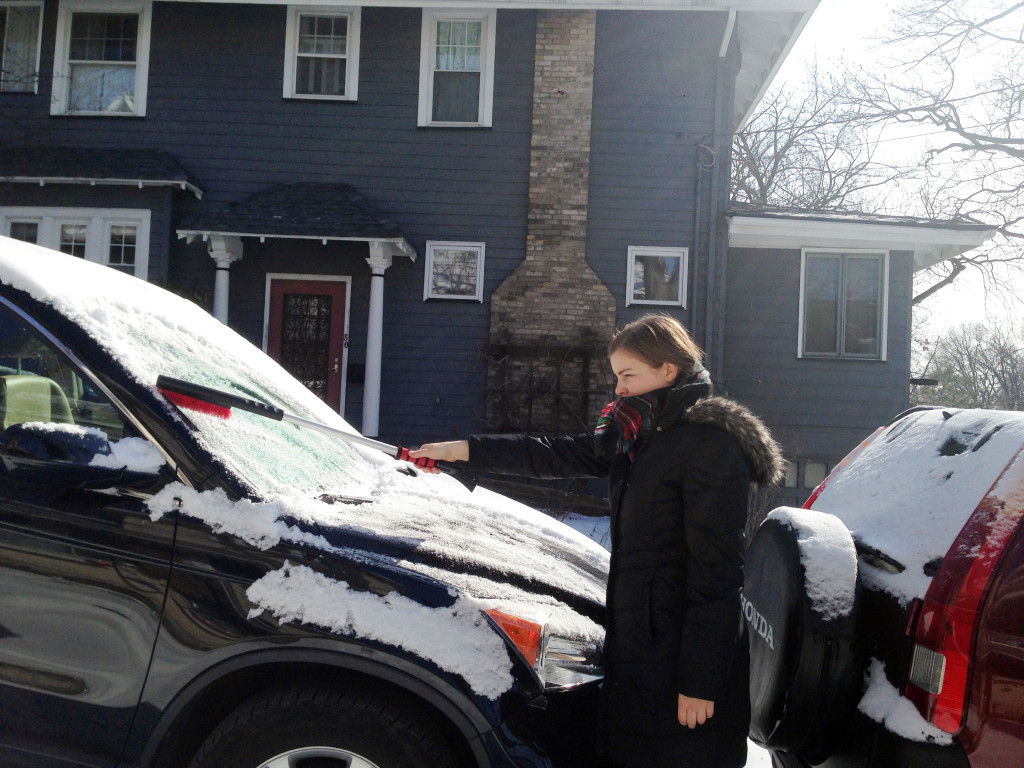 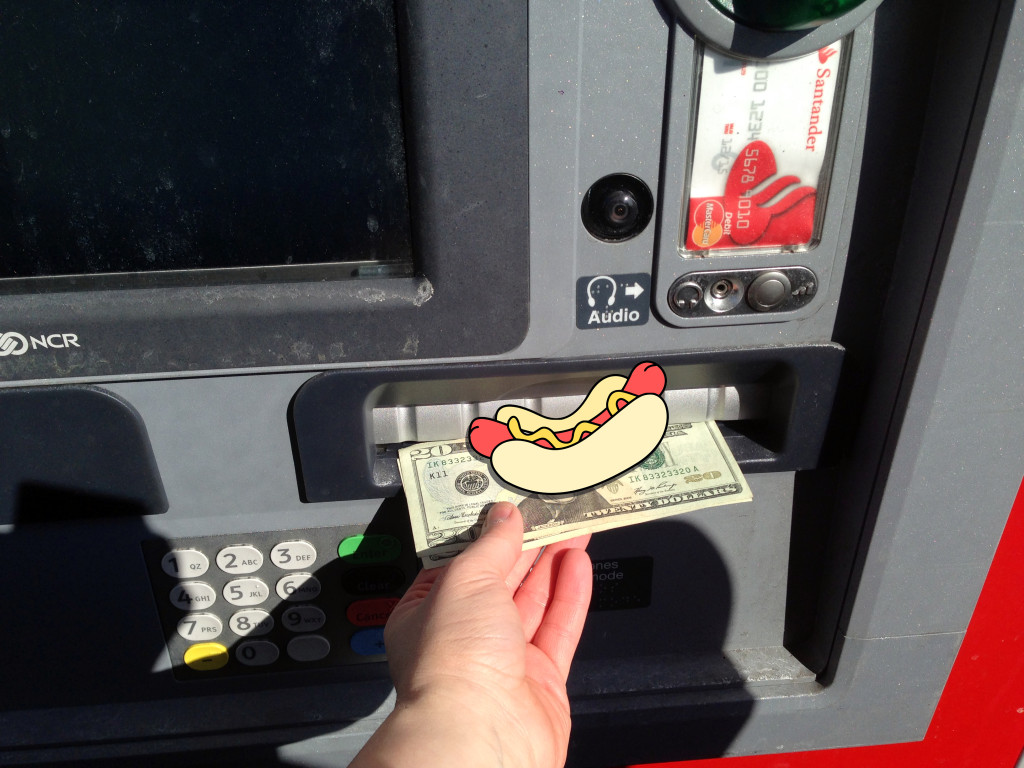 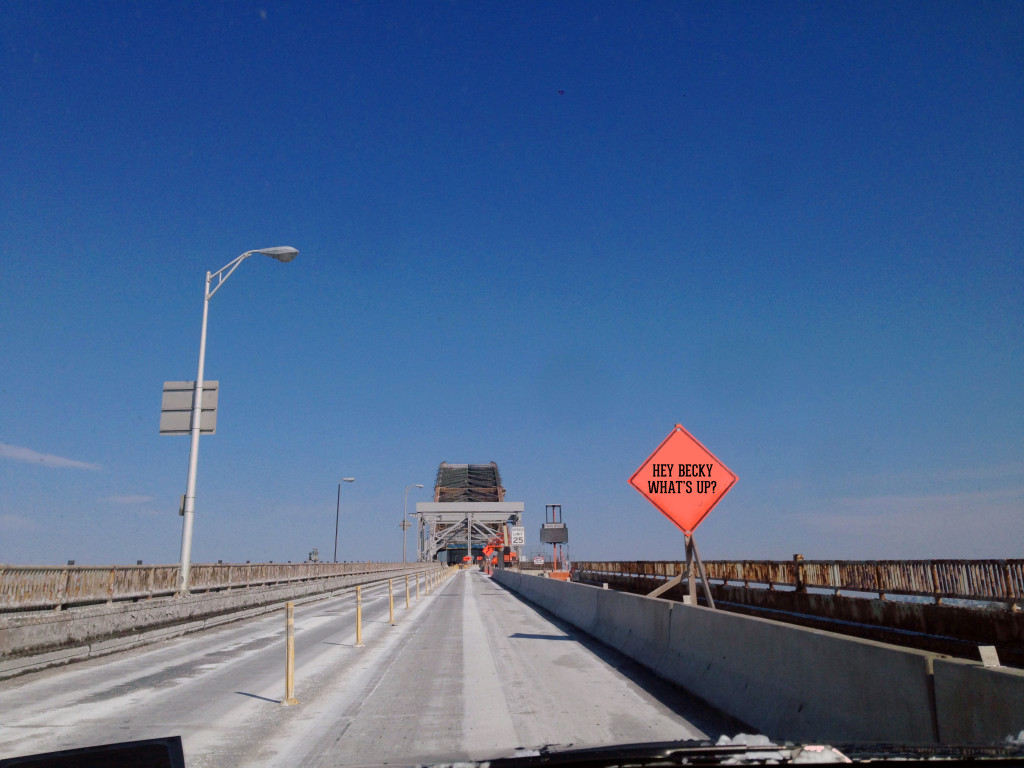 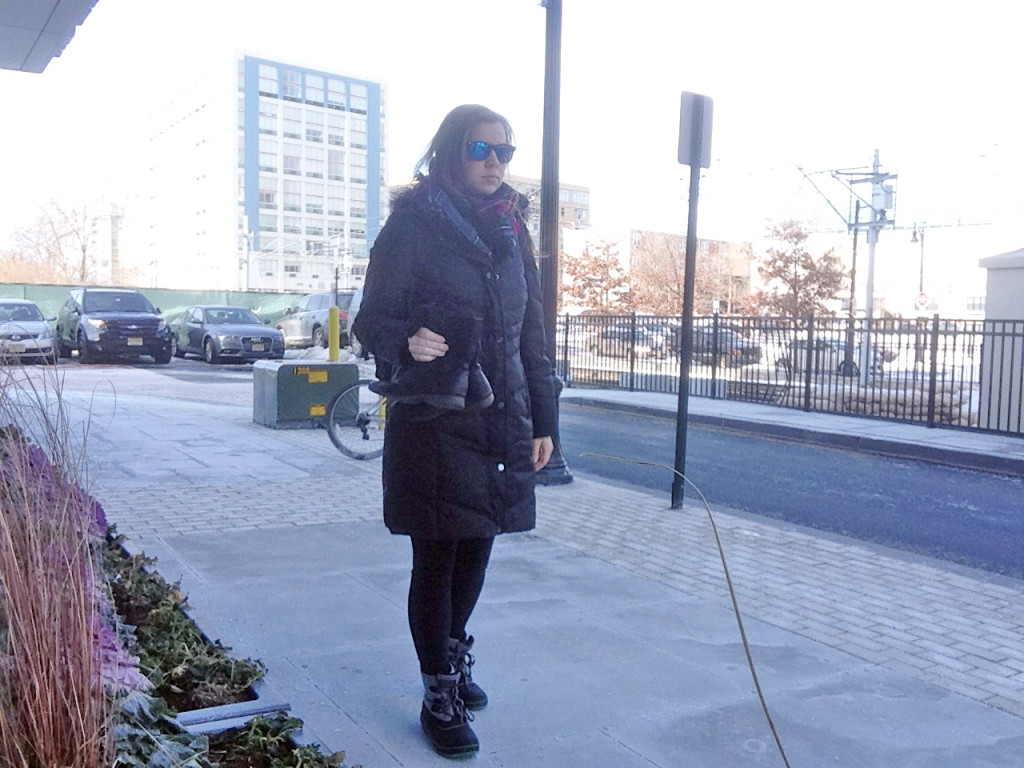 Got to my friend Kristen’s apartment.

Kristen moved in a few months ago. She loves showing me her new furniture.

Here, she demonstrates the functions of her versatile coffee table. 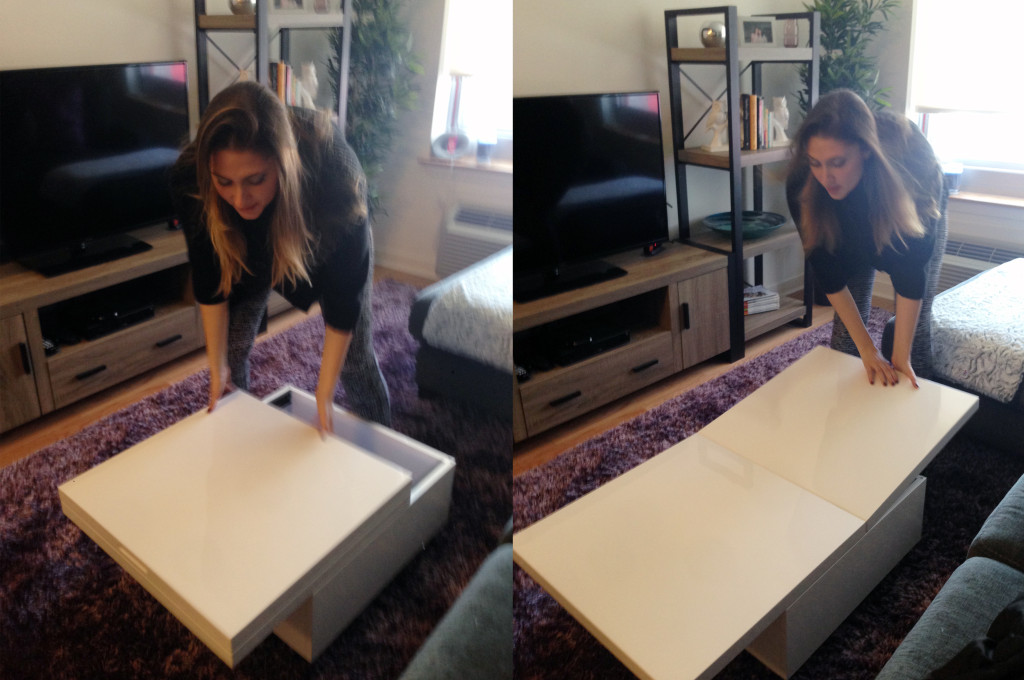 I went into Kristen’s bedroom.

Looked through her drawers.

I know it’s a fup paw to look through someone’s drawers.

But I was curious to see what she had in the drawers.

In this one, she had jewelry.

And a mini hot dog too. 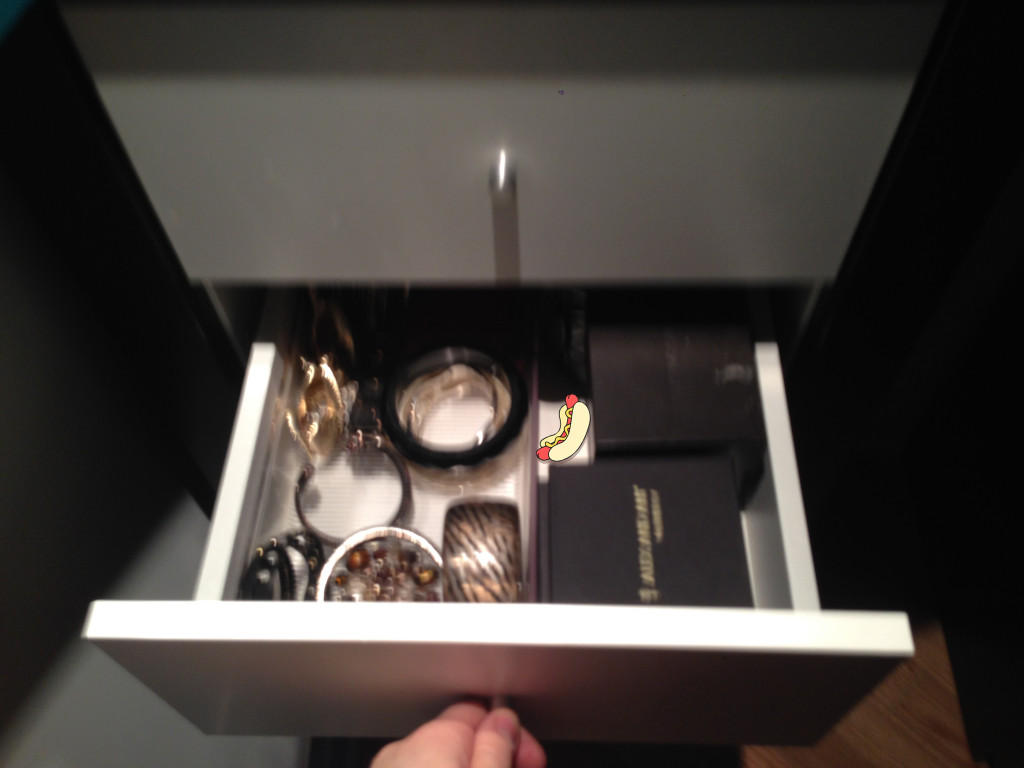 We left the apartment.

Freezed our butts off. 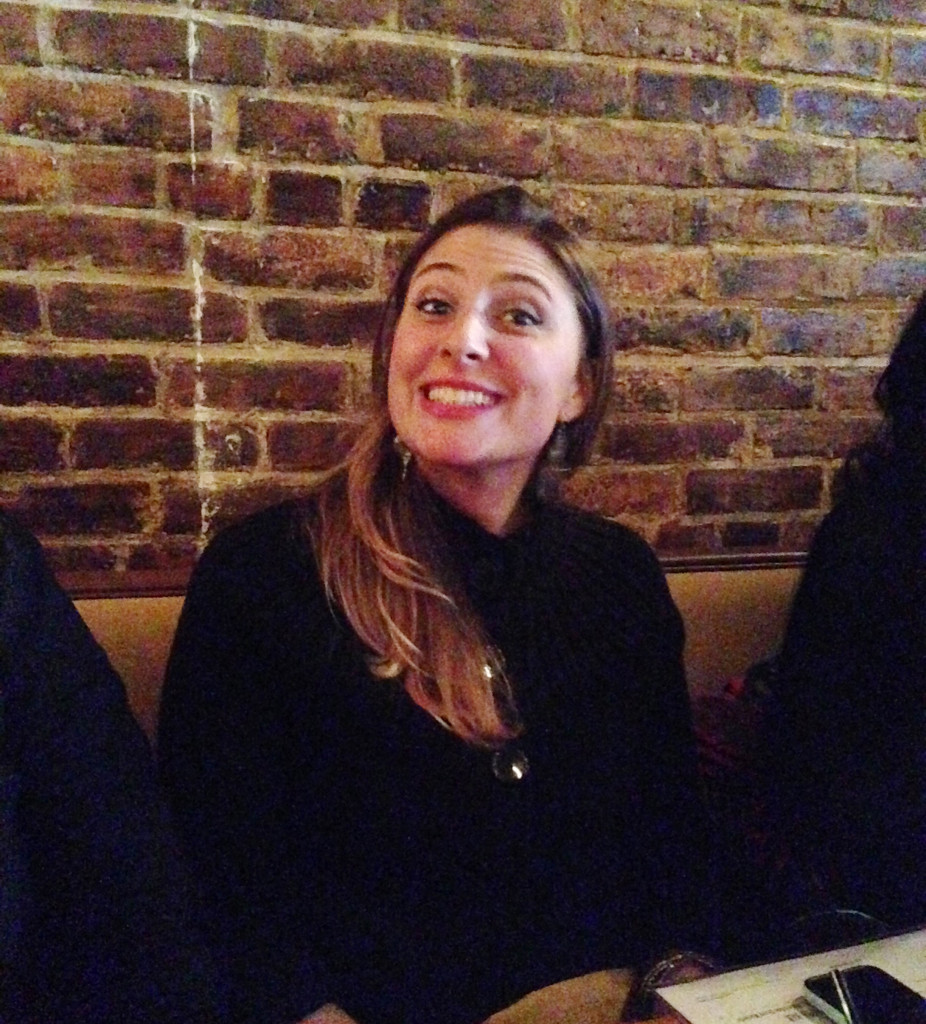 Kristen is my best friend.

We met 25 years ago in dance school. 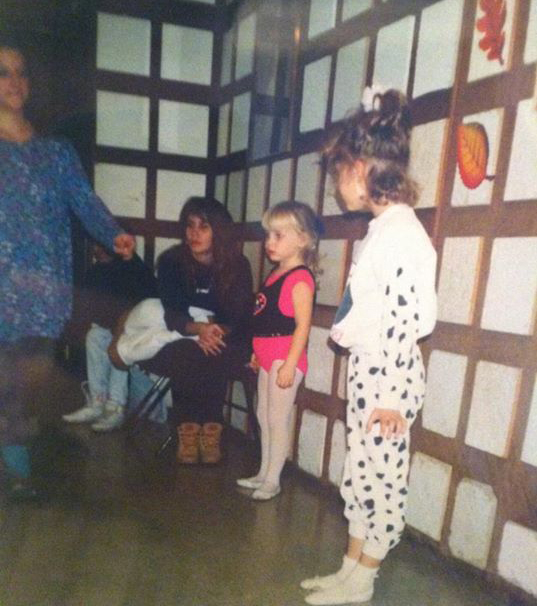 Another photo of us now and then. 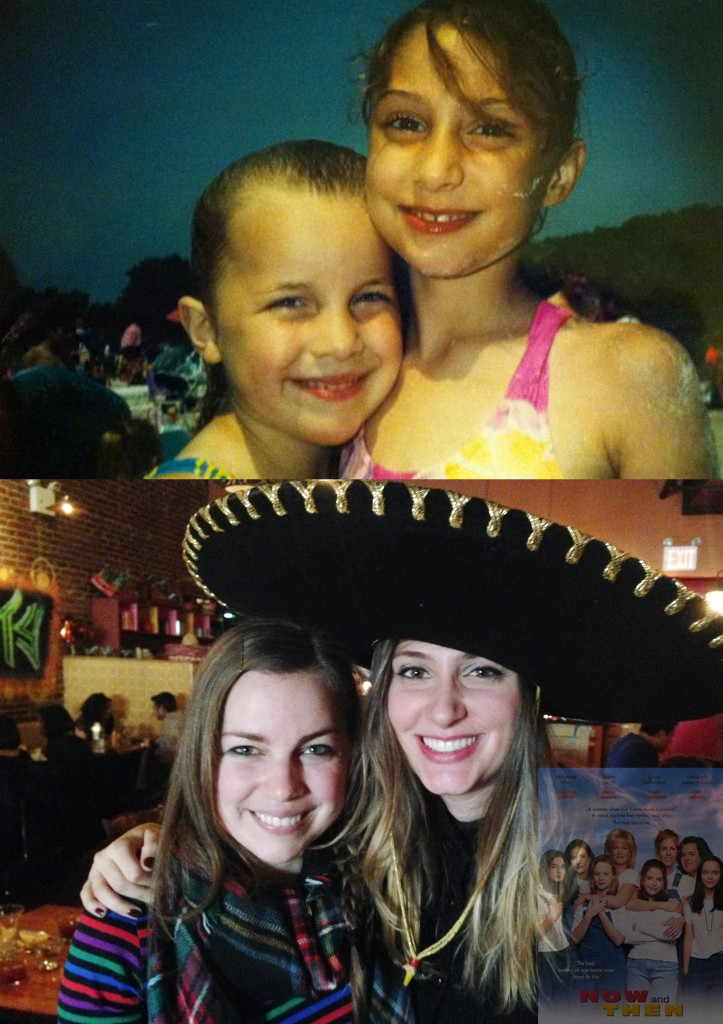 At 6:30pm, after brunch and another bar, Kristen, Stephanie and I went to a church where Kristen’s mother was in choir practice. Kristen wanted to say hi to her mother. But we couldn’t get her mother’s attention. 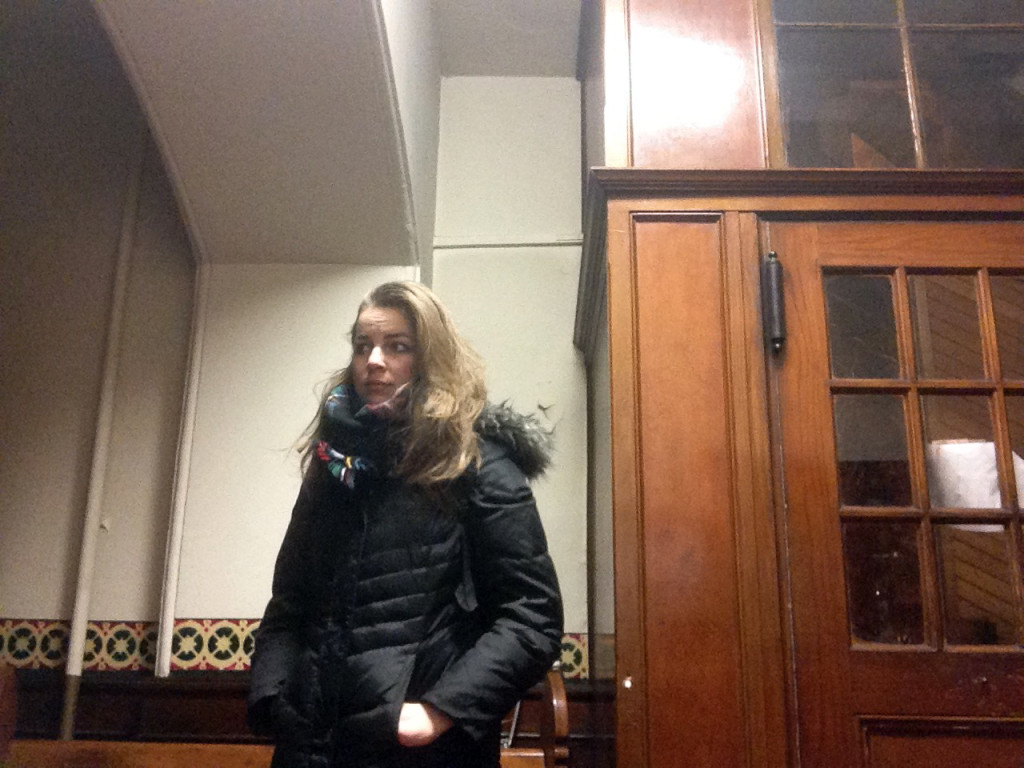 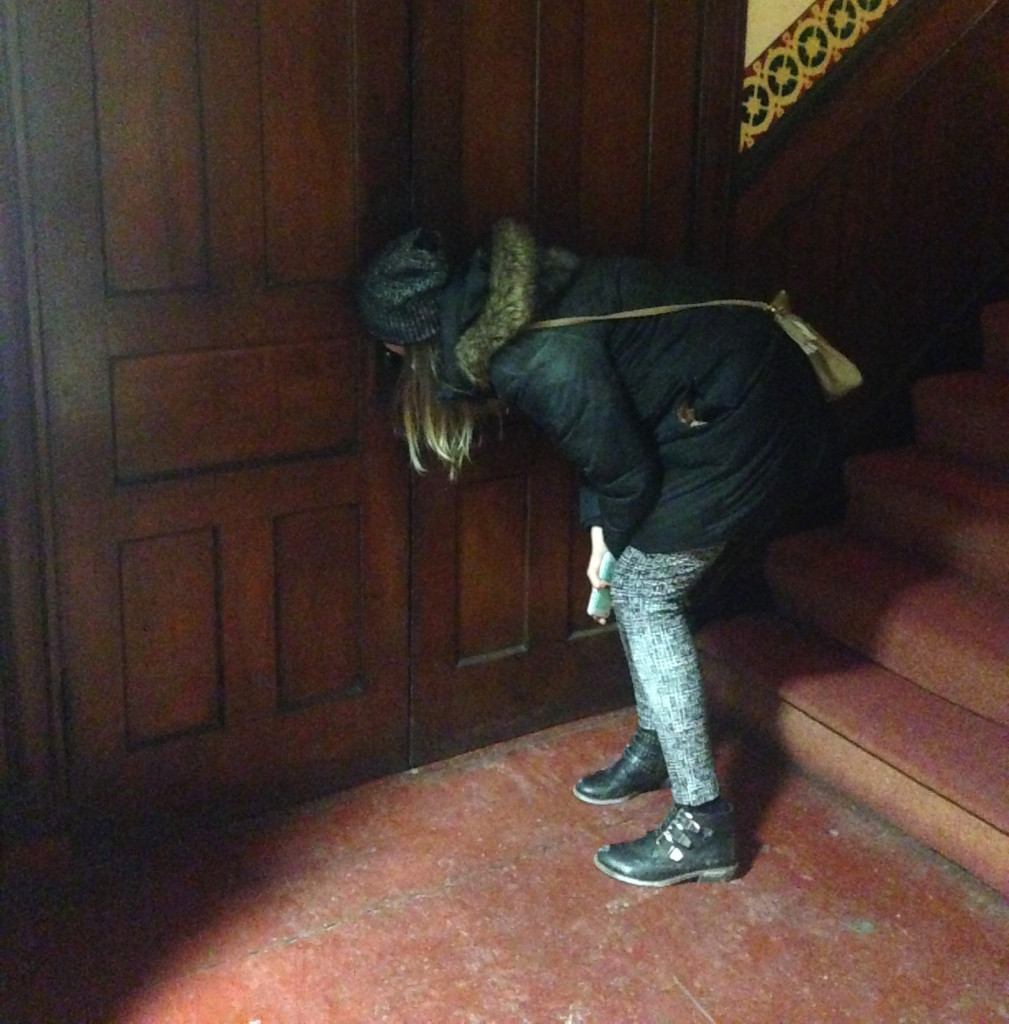 through a hole in the door.

We left without getting her mother’s attention.

Got back to Kristen’s apartment.

Kristen made me demonstrate the versatile coffee table. 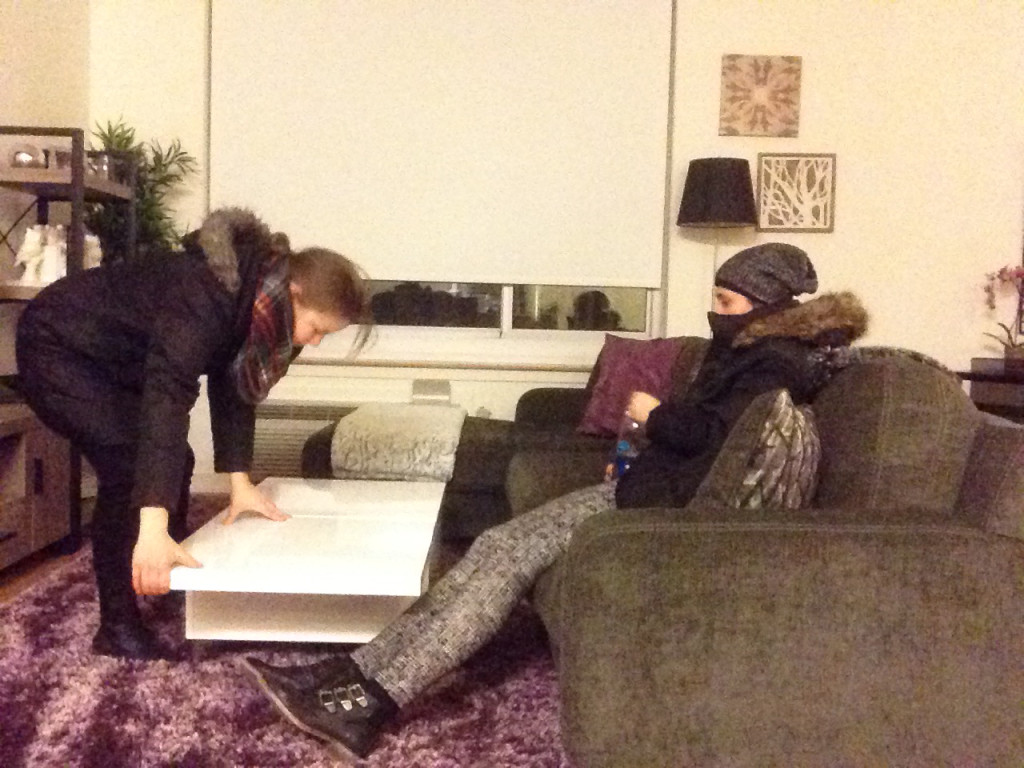 “Lay on the couch and pretend you’re sleeping,” she told me.

She wanted to show me how comfortable the couch was. 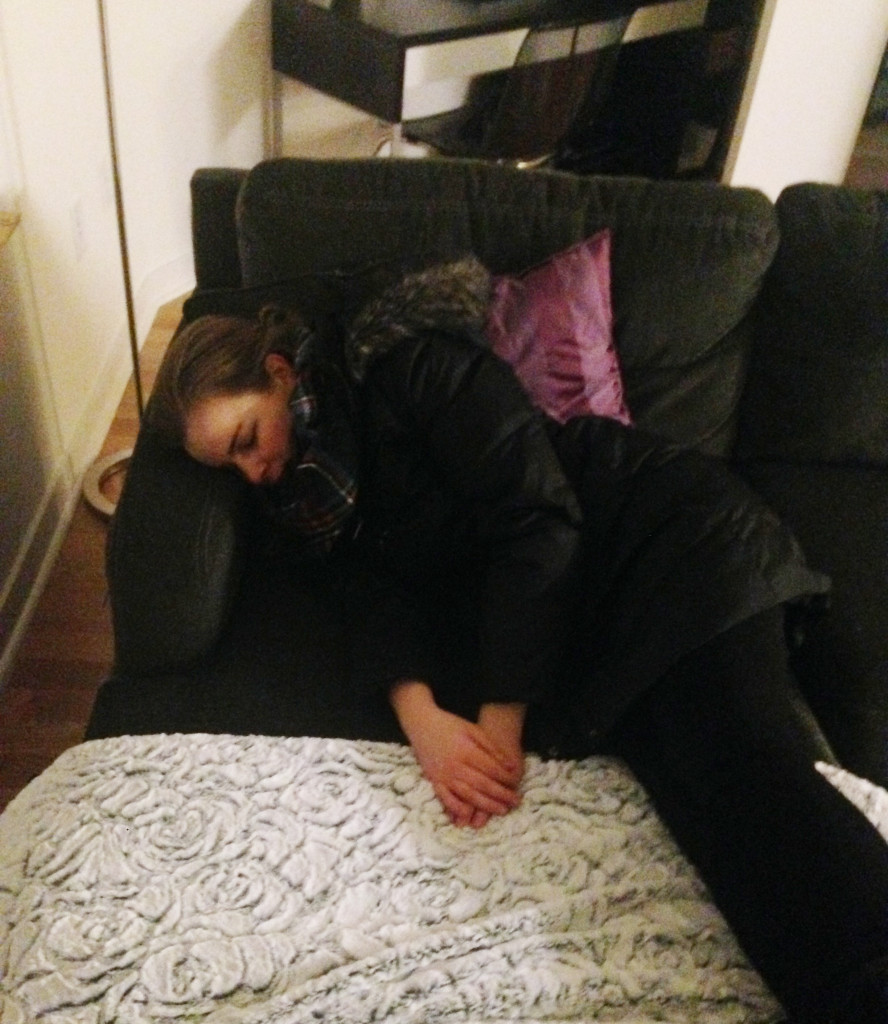 “No open your eyes and smile,” she directed.

Drove to The Peoples Improv Theater on E24th street in Manhattan. 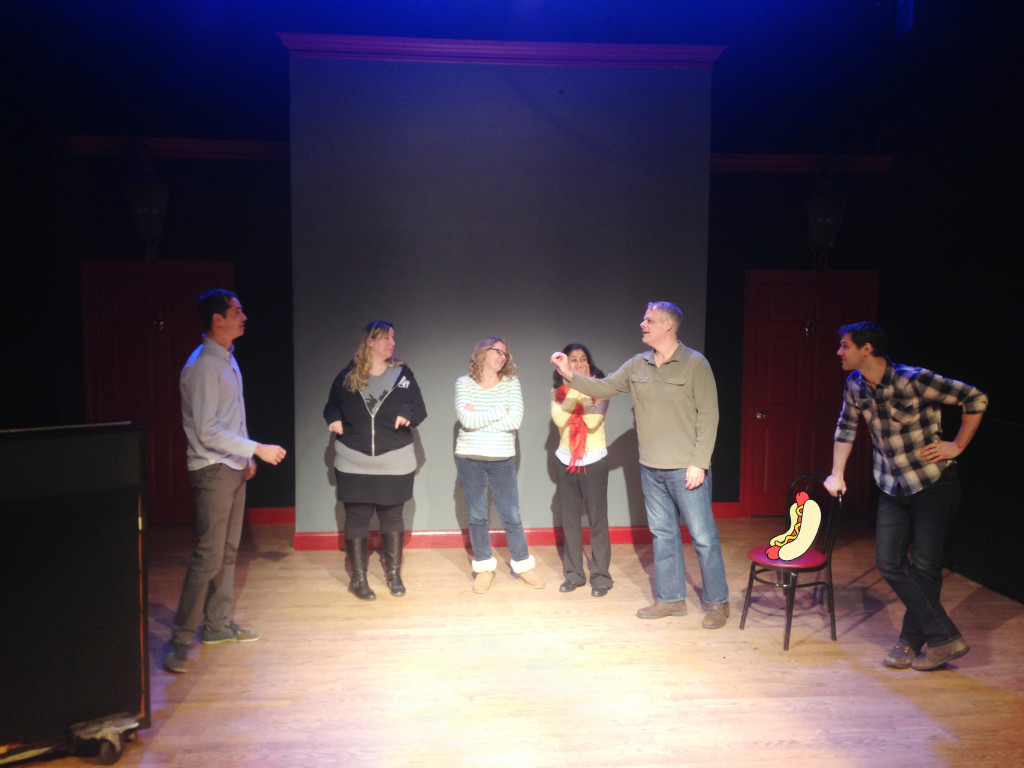 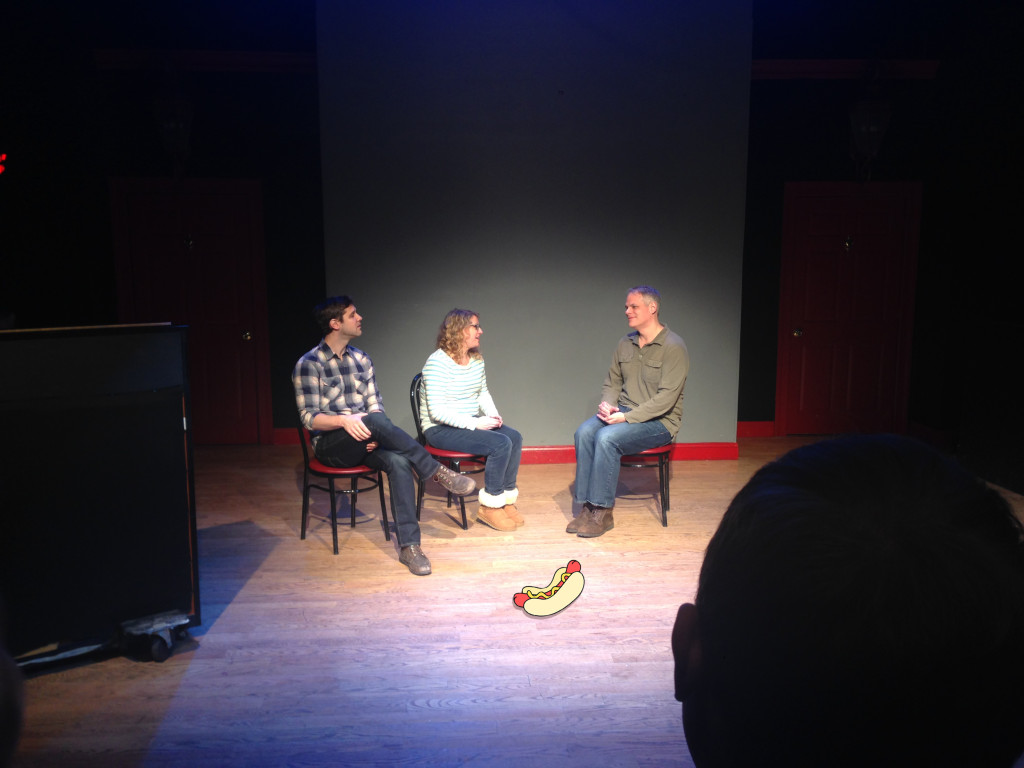 Then performed in a 9:30PM show called Act One.

In a monoscene with my friends Nate Foster and Tom Lisi.

We make up the sketch comedy team, Horse Hoof. Giddy up! 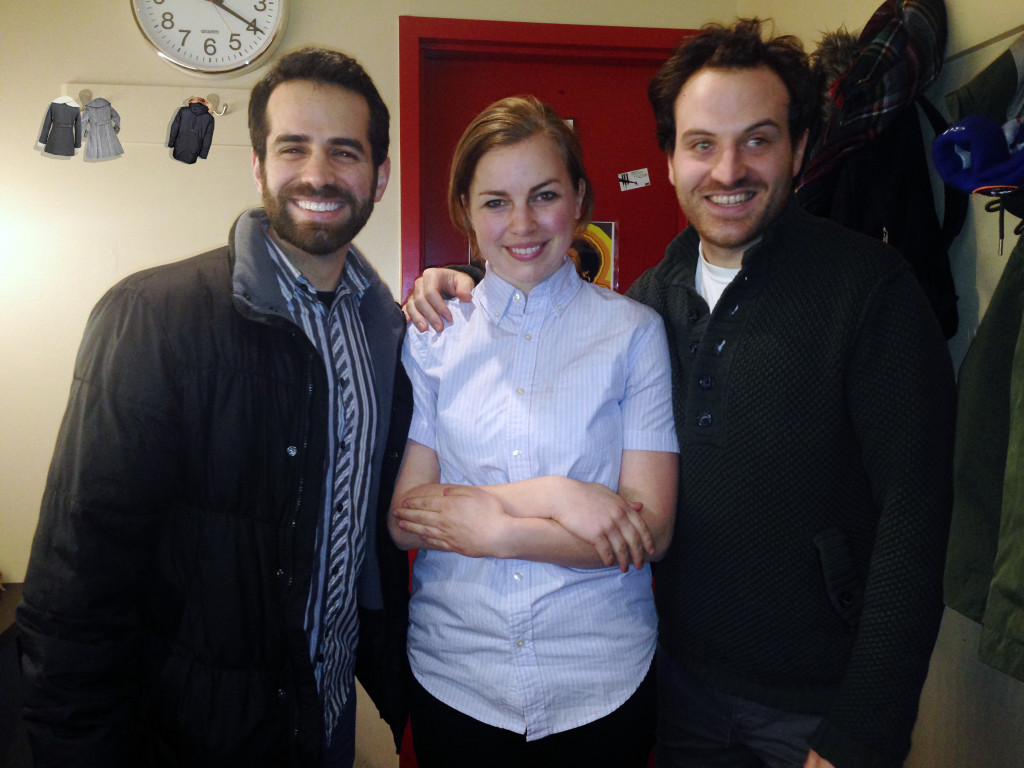 After the show I drove home. 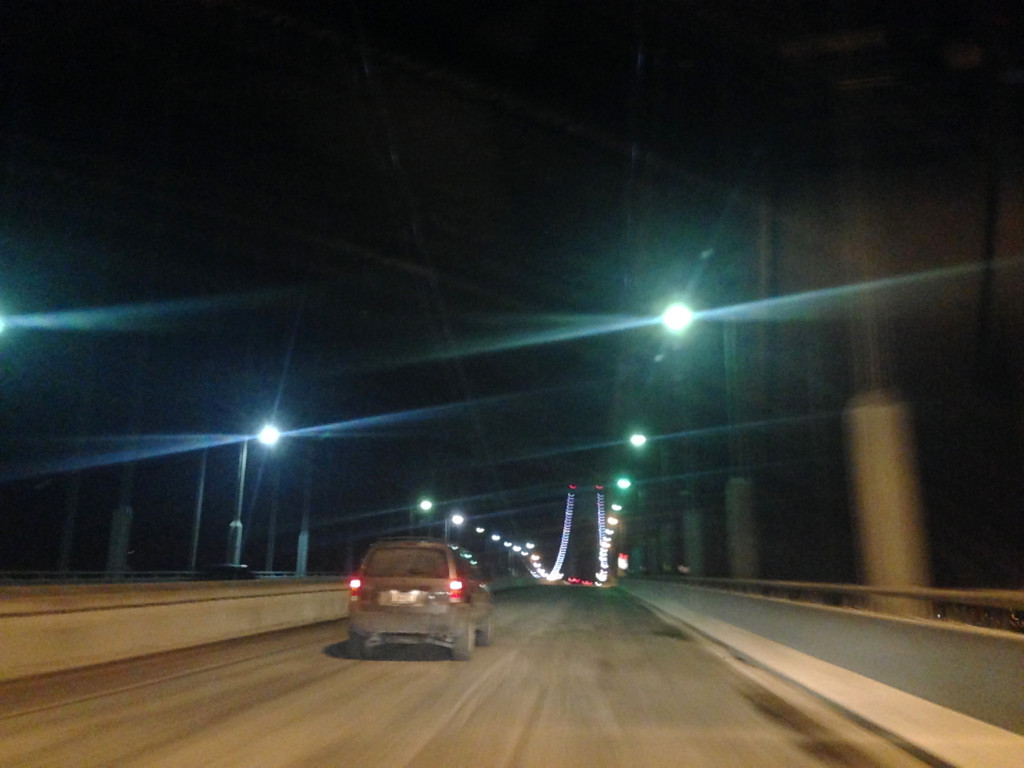