I rode the bus into work today. 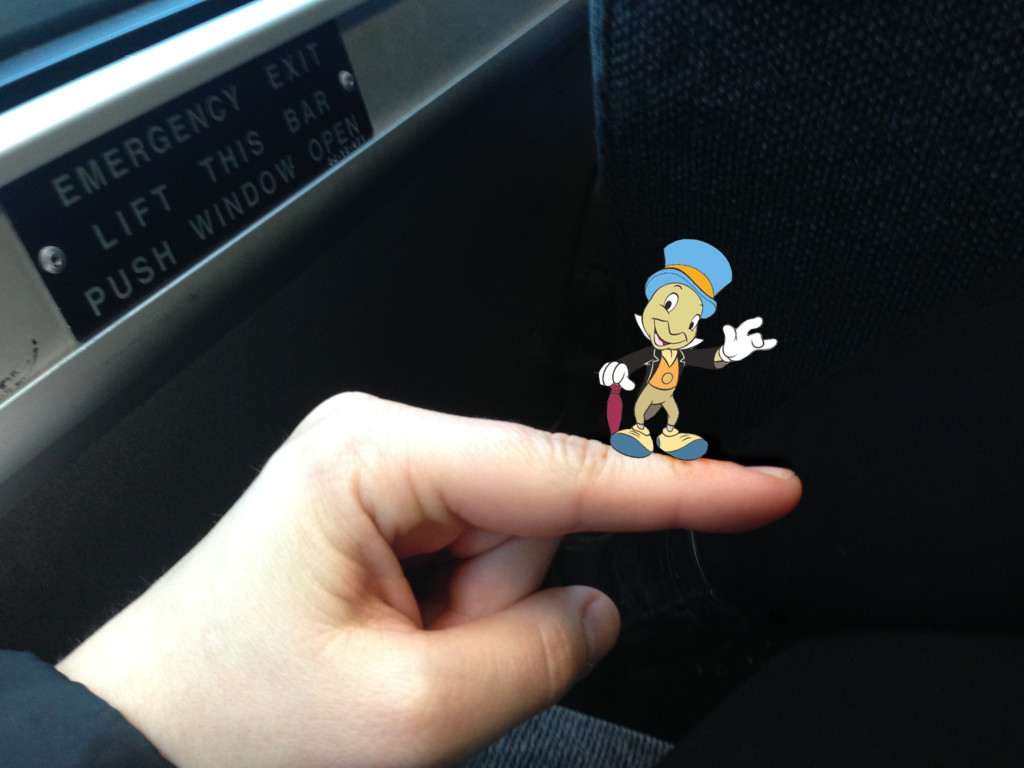 I got off the bus and walked through Bryant Park.

This man and I took a photo of the park’s frozen water fountain.

I got to work.

Purchased a hot coffee with almond milk for three dollars. 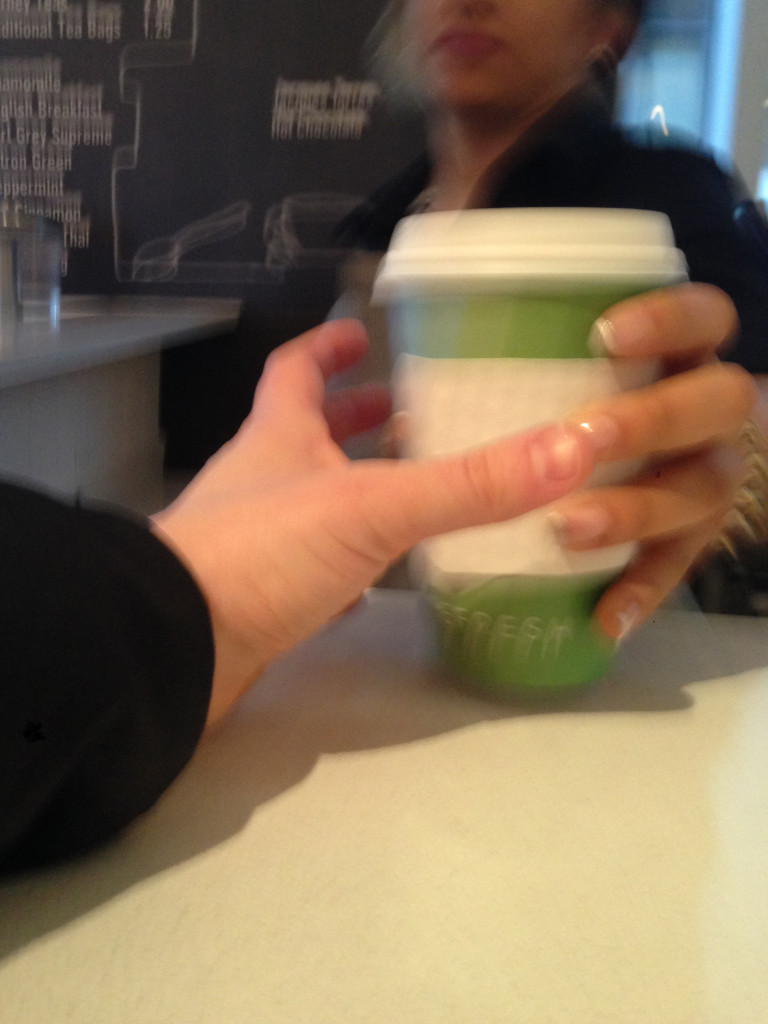 My co-worker Seyi held the world in his hands.

I got lunch with my co-worker who keeps her wallet in her boot.

She told me sometimes she gets home at night and takes off her boot and eyeliner falls out. 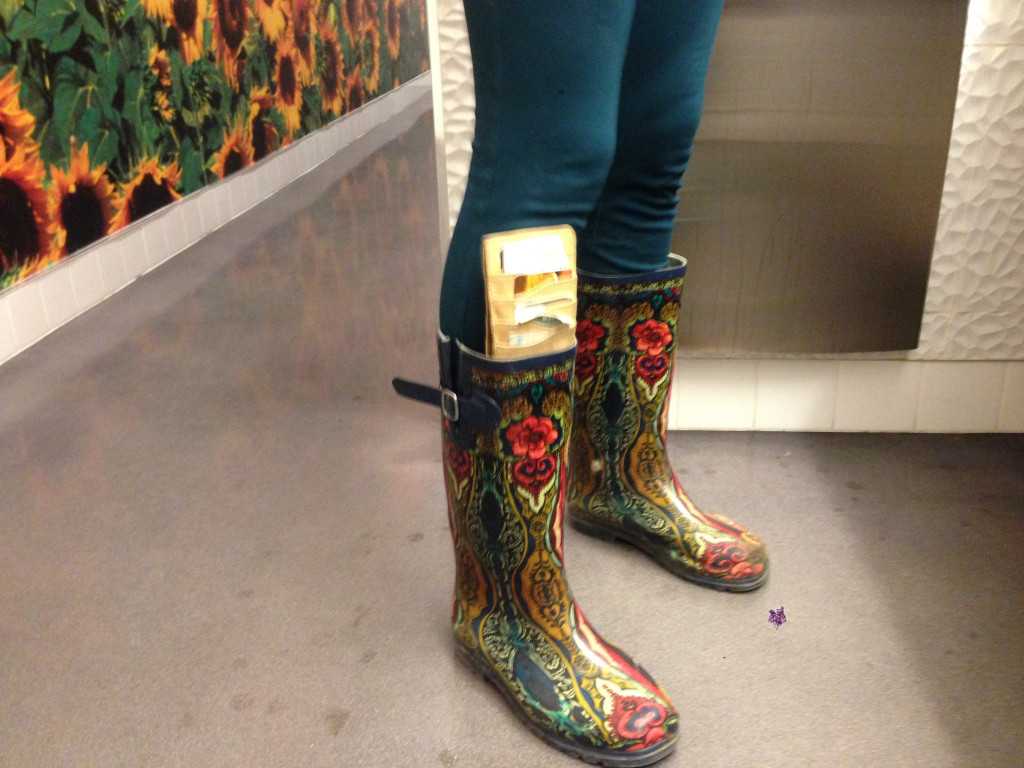 I posed in a photo with my other co-worker Jaimie. 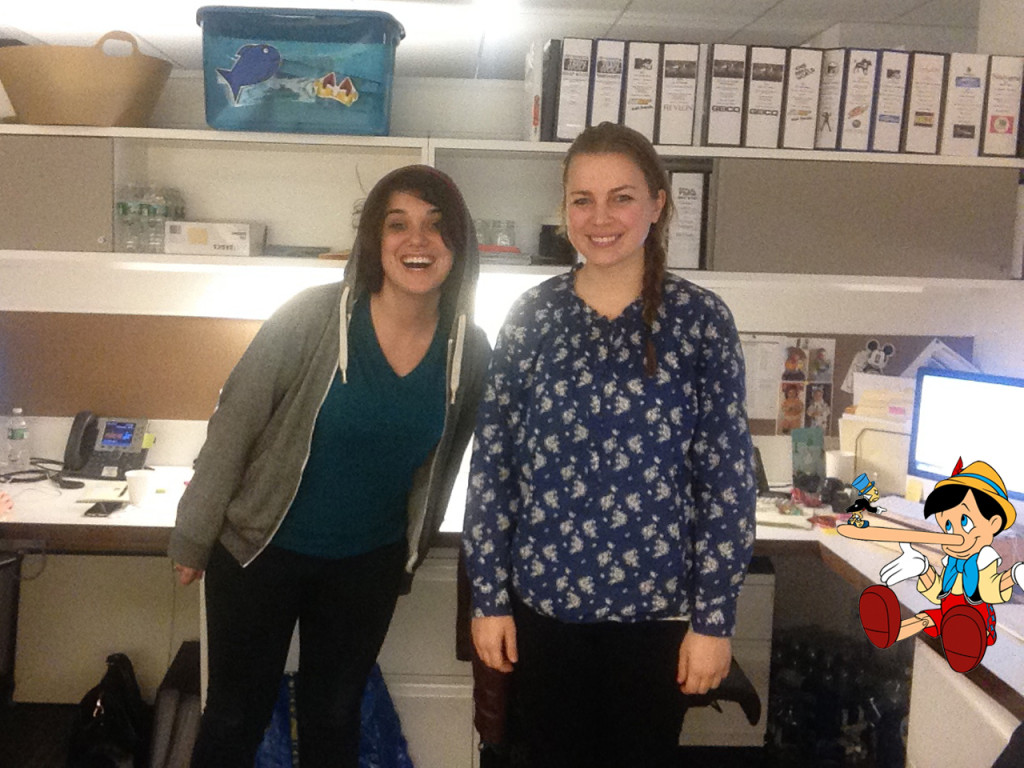 As I was looking at my phone in Seyi’s office, Seyi read my mind. 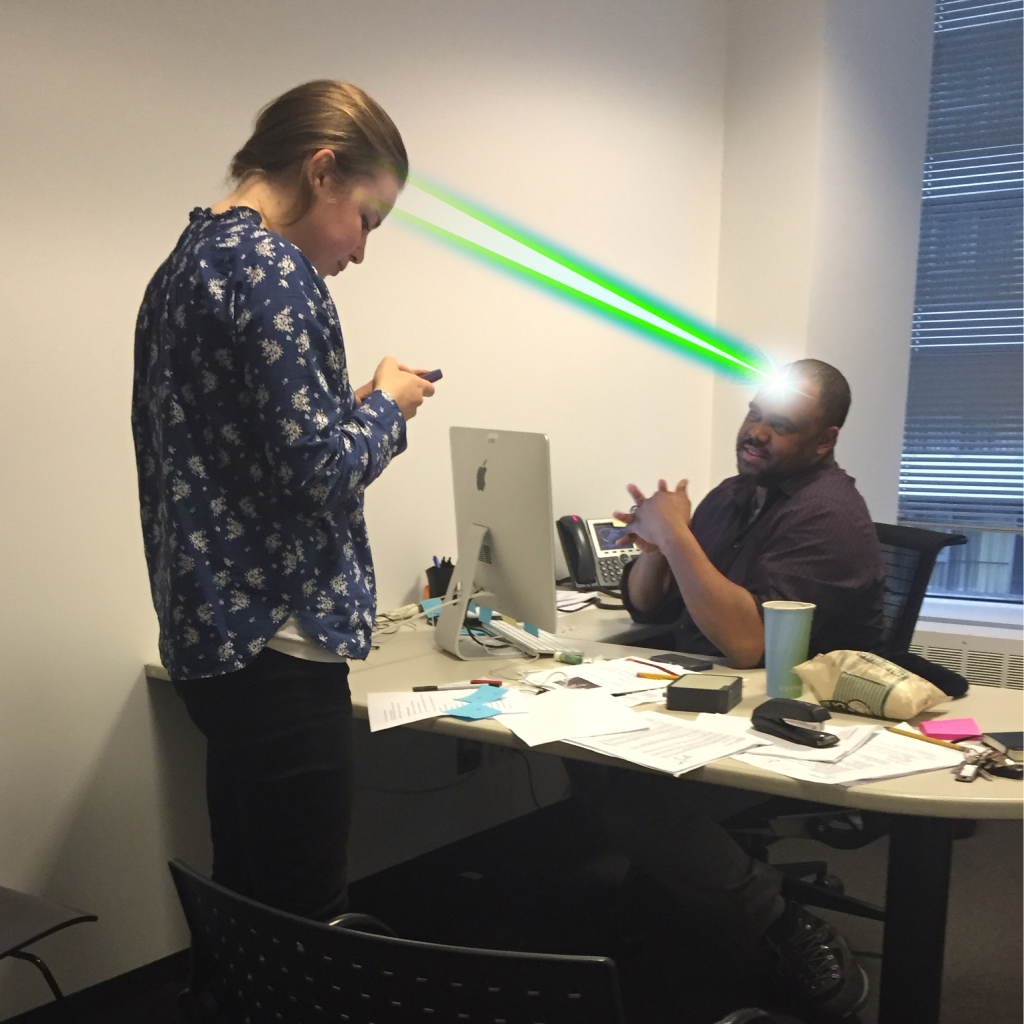 I read his mind. 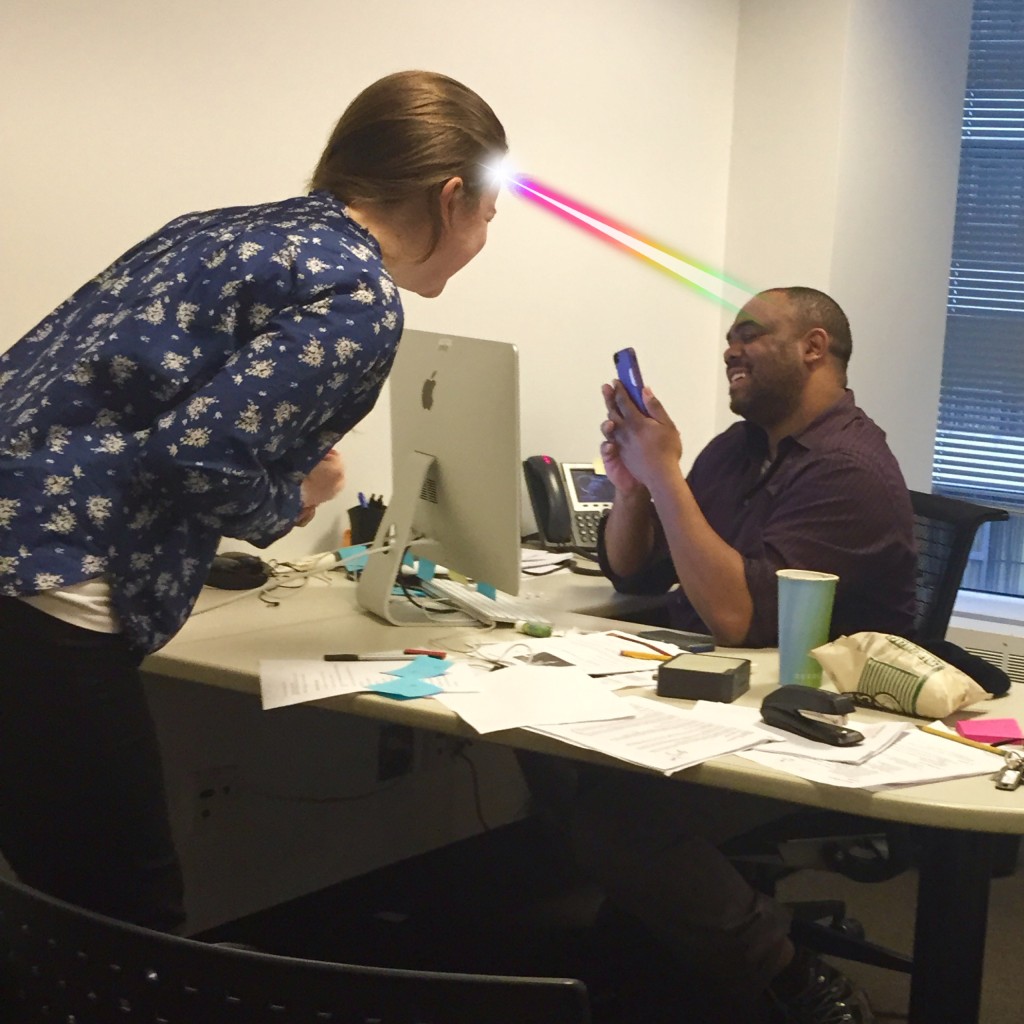 I left work in Times Square.

Heard a man’s voice over a loudspeaker in the distance.

Remembered my sister texted me this this morning.

I walked toward Washington Square Park. Blocks away from the concert.

Found a group of 20 people waiting outside a trailer.

I stood with them.

“Who are you waiting for?” A man holding a sign that said, “I Repent Against Sin” asked me.

“Do you speak english?” he asked.

“I don’t know who we are waiting for,” I told him.

“Do you speak english?” he asked again.

After 15 minutes, Kim Kardashian and Kanye West emerged from the trailer.

Paparazzi snapped photos of them. 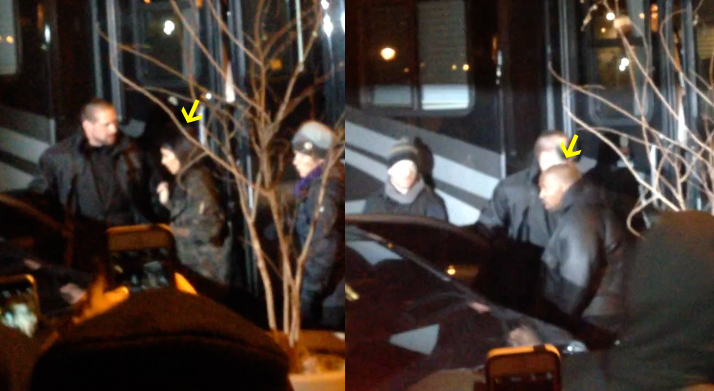 When Kim and Kanye emerged from the trailer, my heart started beating quickly.

But my heart was still pounding.

I took the bus home.

I helped my Dad make changes to his home improvements business’s website. 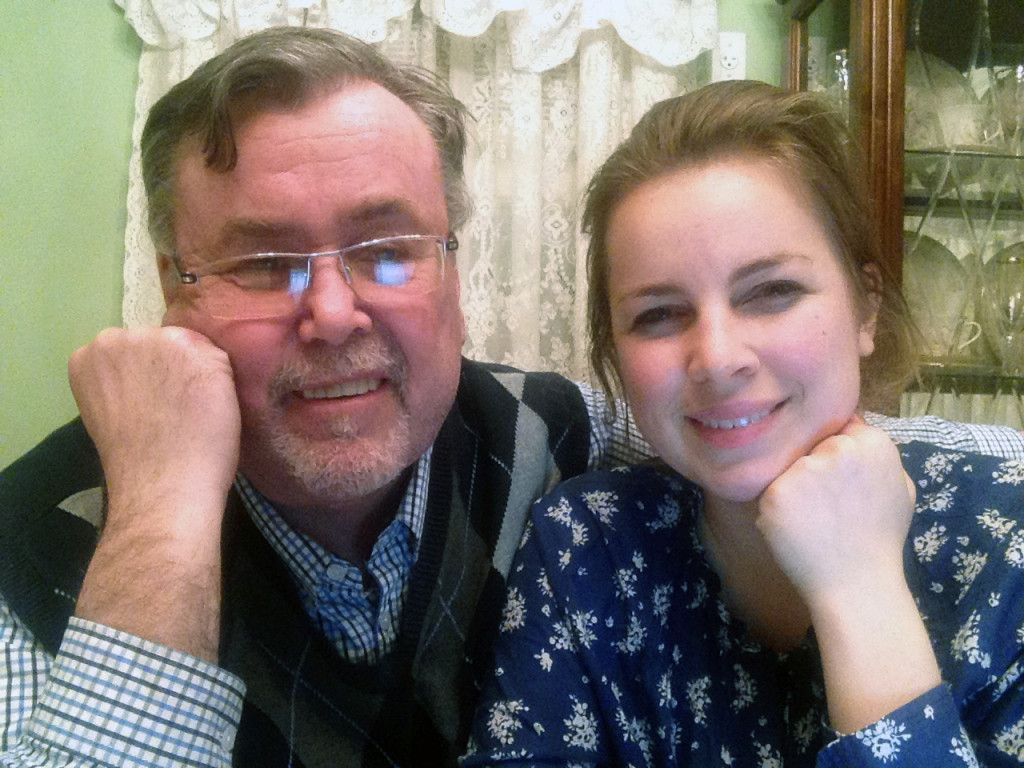 I opened a letter I received in the mail.

It was the Larry David stickers I ordered them from a company called OFFICIAL SEAN PENN. 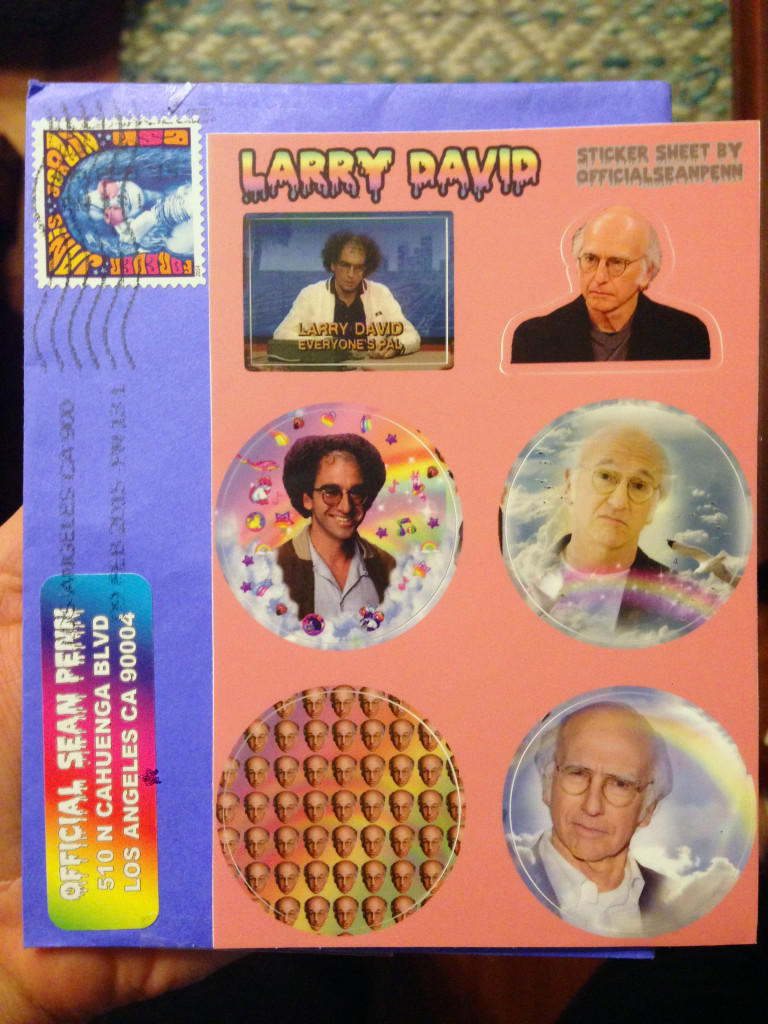