On Friday night I visited her new apartment.

On my way over from Manhattan, I bought her a set of oven mitts and pot holders from Anthropologie. I knew she would want these housewarming gifts because last time we were together in the store she pointed at them and said, “I want these!”. 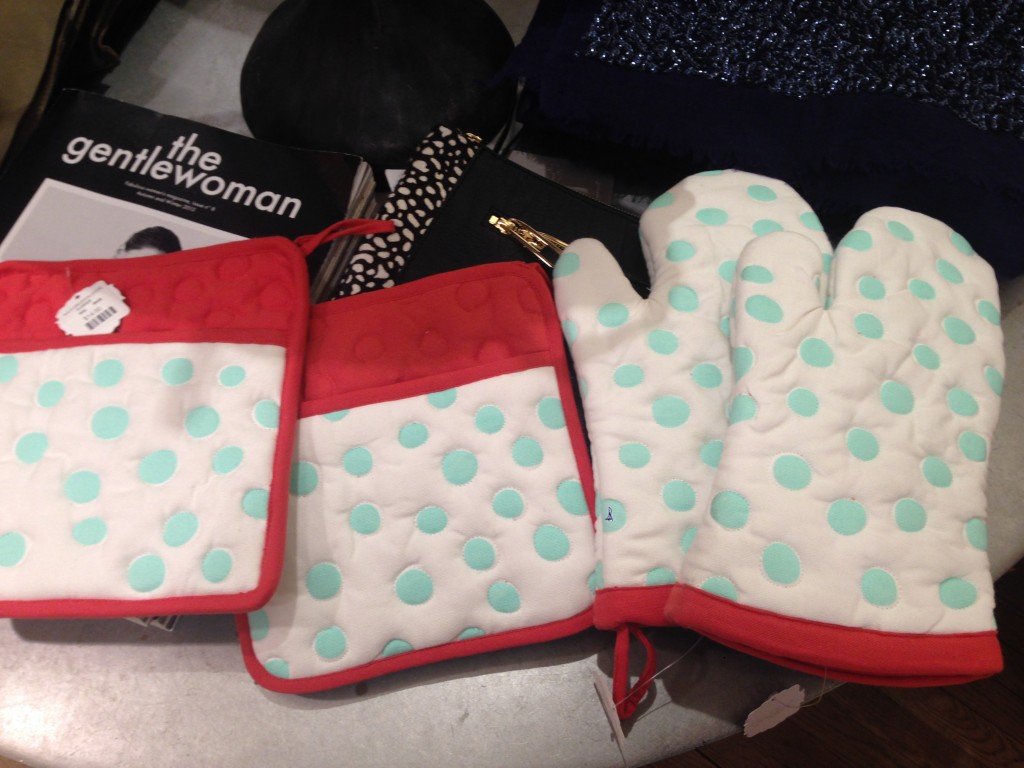 Kristen’s apartment is a “glorified studio”. One large room contains the kitchen and living room. Another room, separated by a door, contains the bedroom and bathroom. It is considered a studio because it only has one window. In the living room.

Kristen, my other friend Stephanie and I went to dinner at a Jersey City restaurant called LITM. For an appetizer I had a hummus platter. For my main meal I had 3 veggie burger sliders with sweet potato fries. The sliders were made from peas.

Here is a black and white photo of me and Kristen at dinner. I am smiling with teeth. She is giving a “serious but cute” smirk. With no teeth. 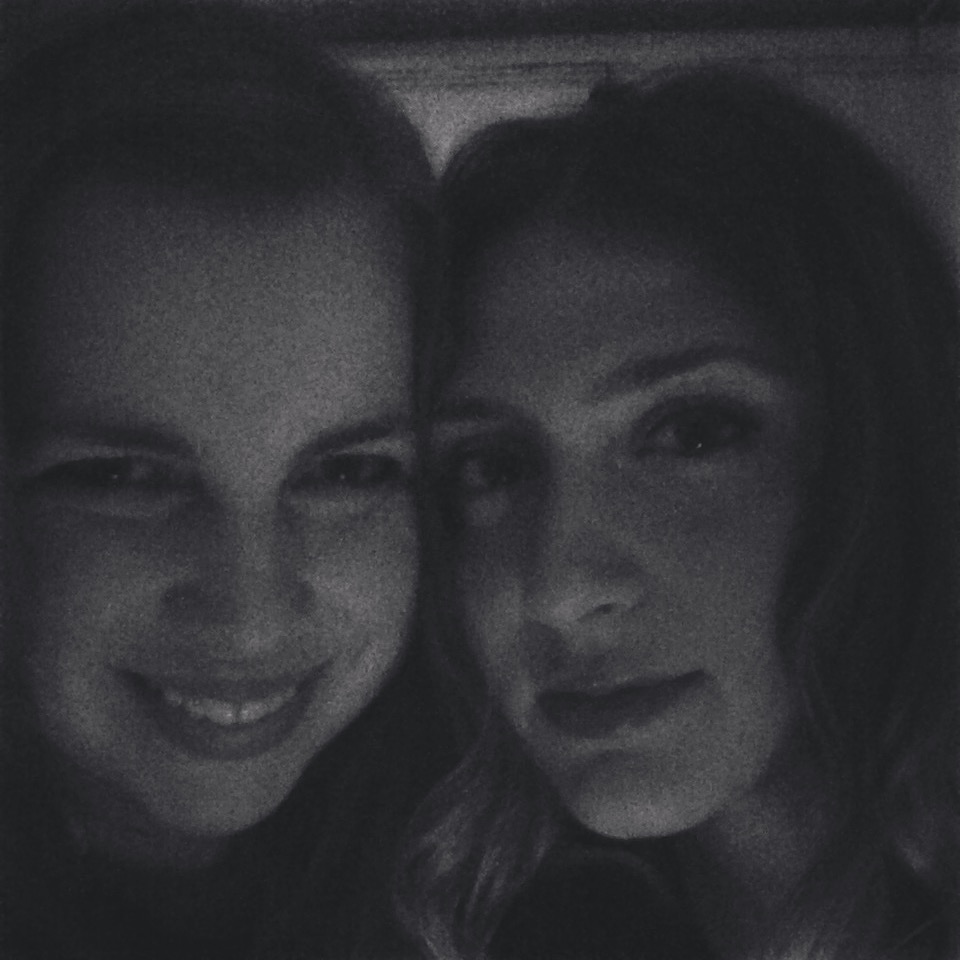 After dinner we went to Barcade. A bar/arcade combo.

The side of my right middle finger is sore from playing 38 games of Pac Man.

The pac man’s speed, the desire to beat your opponent, and the threat of being killed by the ghost things makes adrenaline shoot through my body.

We took the PATH train into Manhattan for drinks. And dancing.

We got back to Kristen’s apartment at 2am. Instead of going back to Staten Island, I slept over.

“Can I have a short sleeve t-shirt, a long sleeve t-shirt and pants,” I requested. I needed pajamas. Kristen handed me the shirts and a pair of fleece pants. “Can I get cotton pants?” I asked. Fleece pants make my legs too hot. Cotton pants are perfect and conducive for comfortable sleeping.

Kristen doesn’t yet have a couch.

So I slept on the floor.

Here is a photo of me laying on my floor bed.

It looks like I have the body of a Mermaid.

Kristen turned on an episode of her new favorite show Revenge. It was 2am. We watched the show on the floor. She drank chocolate milk from a juice box.

“Is that chocolate milk from a juice box?” I asked her.

“No thanks. I’m good,” I responded. It is funny because I associate chocolate milk and juice boxes with children. But Kristen is an adult.

I had trouble following the episode’s plot. It was a random episode from Revenge’s third season. I had never seen the show before.

“The town sent her father to jail and then killed him,” Kristen explained to me.

“So she’s getting revenge,” Kristen explained.

“Those two should be together, but they aren’t. It’s frustrating because they liked each other as kids but are both dating other people,” she said.

“Did they ever date each other before?” I asked.

In the middle of the episode I got up to brush my teeth. We got tired and all went to bed before the episode’s end.

Kristen didn’t have extra blankets. Only an extra sheet.

“I’ll blast the heat to keep you warm,” She said to me.

“OK. Great,” I said with a smile. She said good night and closed her bedroom door. I stopped smiling. I stole back my pot holders and oven mitts gift because of the treacherous sleeping conditions.

I woke up at 5am in a panic. I forgot where I was. I sat up from the floor and looked around.

I felt disorientated. I also felt like I couldn’t open my eyes fully.

With my iPhone5 lighting the way, I walked to the bathroom. I looked in the mirror. My eyes and face were swollen.

“I must be allergic to the rug,” I thought. I took a clean towel from the rack.

I walked back to the living room and turned on the light. The heat was blasting. The hot air felt good. I looked at my floor bed. I put the towel on the pillow. Thinking it would counteract the rug allergy. I turned off the light and went back to sleep.

I woke up on and off for the next few hours. Having a dream it was the morning of my sister’s wedding and I was seated on a park bench feeding a baby a bottle of milk. And I was anxious because I still had to get my hair done for the wedding. I woke up for good at 10:30am.

Kristen and Stephanie woke up. Their eyes were puffy too. We agreed it was because of the dryness of the blasting heat. I was not allergic to the rug. 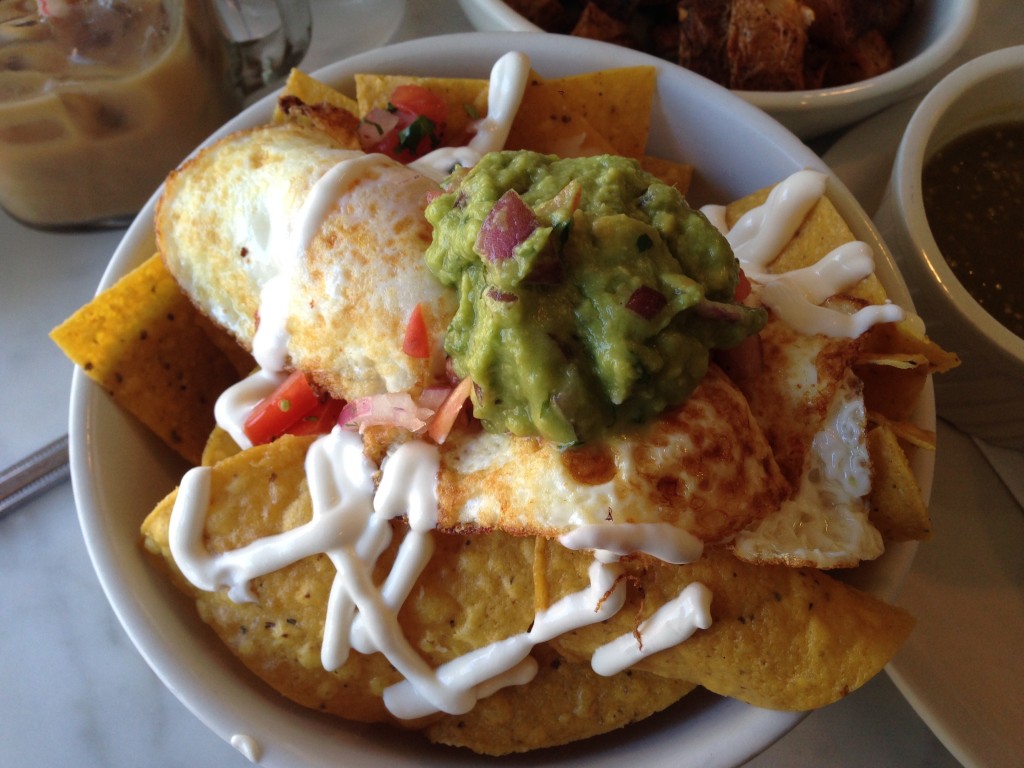 I also got a beautiful iced coffee.

I kissed the iced coffee because it was so delicious. 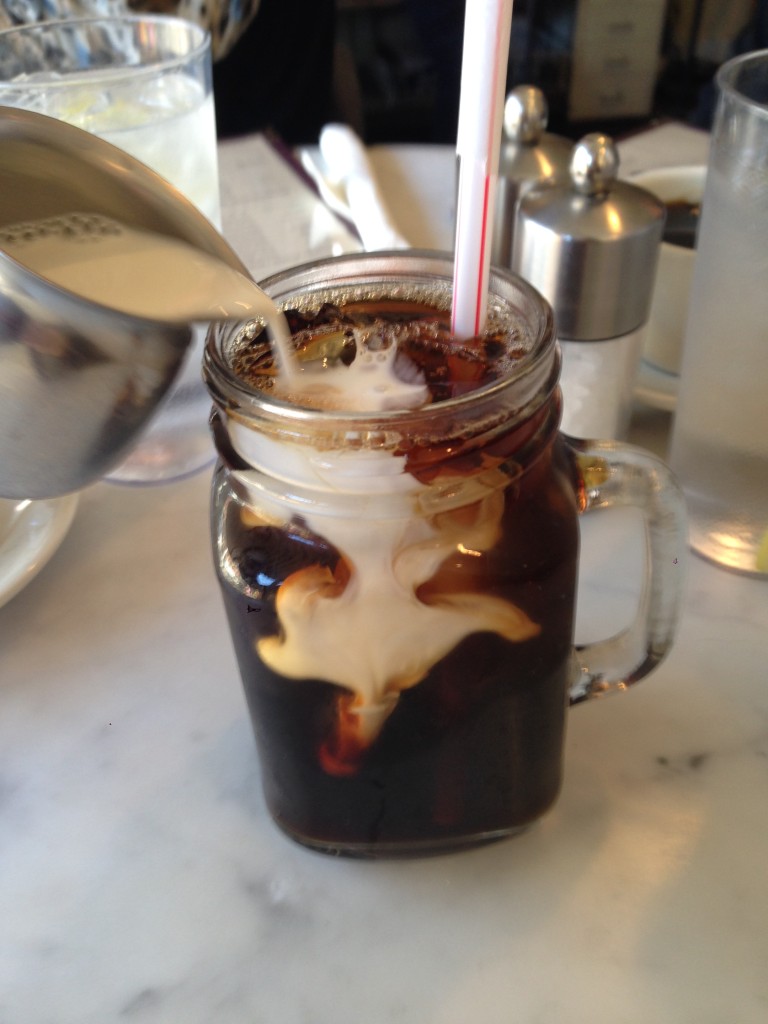 It was a fun night and morning in Jersey City.

I can’t wait to sleep in a bed tonight.